Snow Queens – Mine on Mondays

It was about three weeks ago, the weather man was calling for a big snowstorm. I knew what that meant, a snow day and no school for the kids. So that’s when the idea of snow queens first came to me. You see, it’s been quite awhile since I had the chance, wait let me rephrase, it’s been quite awhile since my kids have allowed me to photograph them.

When the idea of snow queens came to my mind, I knew the girls would agree. Being that they are such big fans of the TV series Once Upon a Time. I was totally picturing Emma being “the evil queen” like Regina and Allie being “snow white” or Mary Margaret.

Once the idea was hashed out I had one day to prepare, so it was off to the store. I hit up the Salvation Army and found an antique wedding dress that I knew I could quickly fix to fit Allie. I found an old bridesmaid dress in my own closet for Emma to wear. So next up was jewelry and a crown for Allie. I scored big at Kmart in the clearance holiday section for jewelry and even a tiara. Then I hit up some clearance Christmas décor for the finishing touches to add to the tiara.

Up next was waiting out the storm. The storm ended up being a blizzard and bringing with it artic like temperatures, 14+ inches of snow and crazy wind chills. It was quite intense, the actual temperature was like 17 or something crazy and with the wind chill was zero. It was for sure not ideal weather for a photo shoot. But I had put so much time and effort into this, there was no way we were gonna skip it at that point.

I prepped the girls hair and makeup, put on the dresses and we headed outside. I had all these ideas of great shots I wanted to get but once we got outside it was obvious we would have about five minutes max. There was no way we could stay out in that crazy weather. So although I couldn’t get the shots I had in mind we did have fun and get some great shots. And maybe we will try again during the next snow storm. 😉 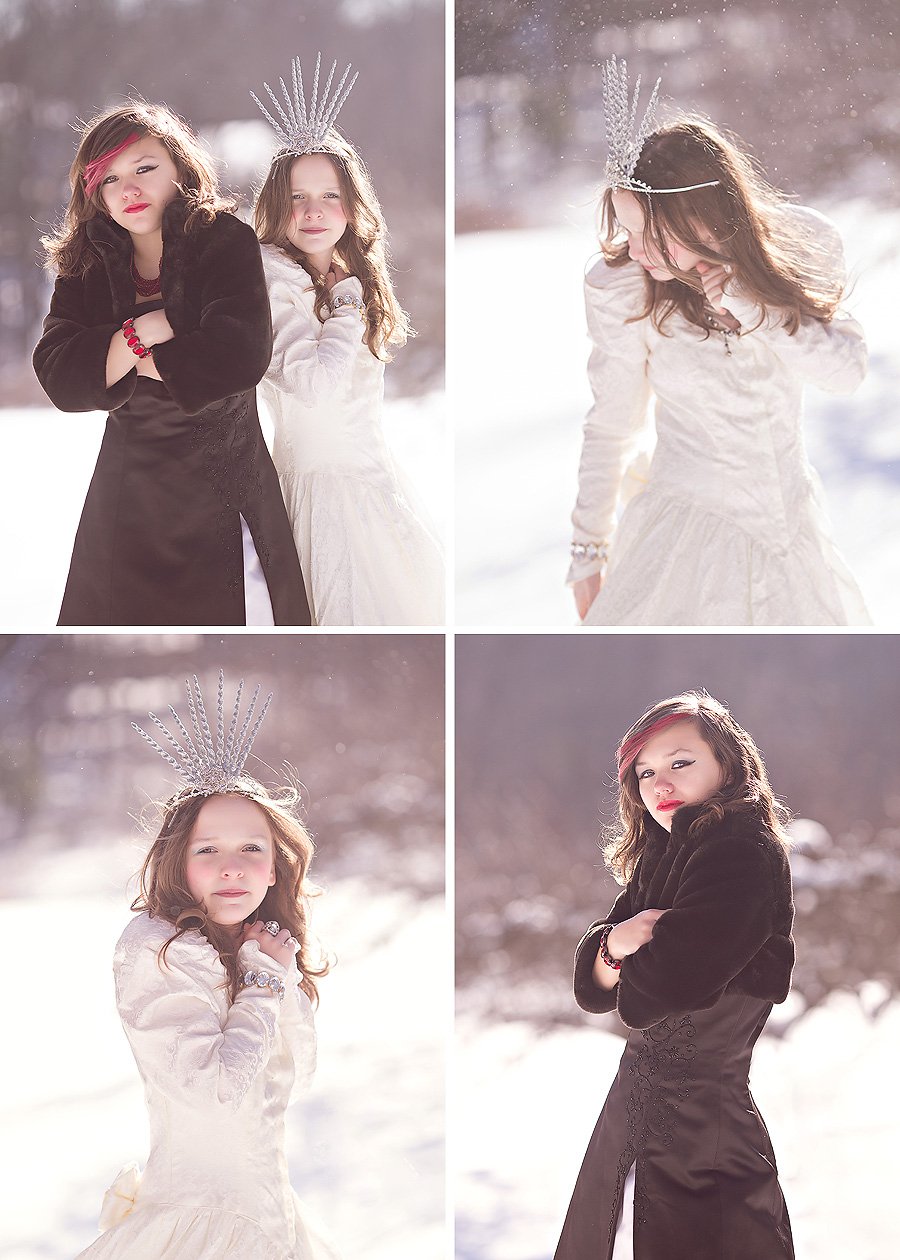 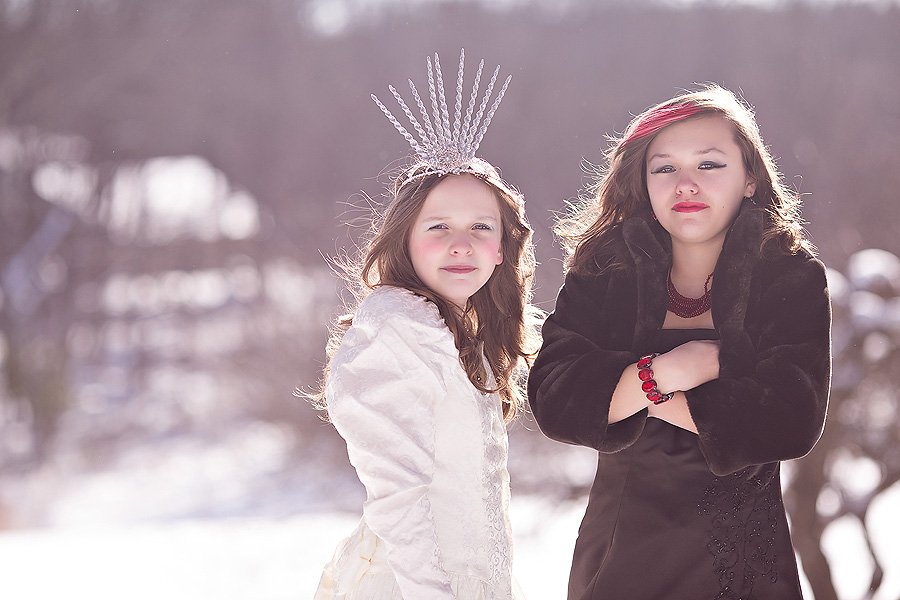